We use the SZapp app to distribute important reminders, messages and notes to families quickly. SZapp also contains the school calendar as well as forms for absentee notes and permission slips. Download SZapp to your phone to keep up to date on a daily basis in the form of alerts or email communication.

This newsletter service
is provided by:

Welcome back everyone to the final term of 2020. It is a beautiful time of year filled with warm days and plenty to do outside. It's always very noticeable how much the students have grown when they come back in their summer uniform.

I hope everyone had a restful break during the school holidays. I was encouraged to hear that many students just relaxed at home or in holiday programs. Term 4 is a busy time and so that small breathing space before it starts is very wise. While I spent a lot of time at school over the course of the break I also managed to spend time in my garden and listened to a few good audiobooks.

Welcome to our new students and their families. Welcome to Paige (Yr 5), Ella (Yr 3), Abbey (Yr 1), Celine (Yr 2) and Daven (Yr 3). You are now part of the story of St John the Apostle Primary School. We wish you the very best of times during your journey with us. Thank you for the privilege of being part of your story.

growth, focusing on the back of the school, particularly the Kitchen Garden. We'd love your assistance. Please let us know of your intentions to attend here.

We're looking forward to our 40th Anniversary Mass next Sunday the 27th October and being able to celebrate the story of St John the Apostle Primary School. We would love you all to join us at the school for Mass at 11.00am followed by a sausage sizzle and open house. Visitors will be welcome to come and relive their own memories as well as catch up with old friends.

Thank you to Tegan Campbell (mum of Ethan in Year 1) who has been preparing a display of old photos for the day and to Stephanie Stewart (and her family) who have been mosaicing the cross at the entry to the school as a 40th anniversary gift to ourselves.

We are busy getting ready to celebrate 40 years. Part of the process has been looking at old photos. I have loved it. A few chuckles for sure about 70’s fashion but really each photo is a reminder of those who have gone before us.

As a teacher you dedicate a significant part of your life to the community you belong to. Each school I have taught at over my career holds a special place in my heart. It takes a little while to realise that after we leave a school it continues on without us.  Matthew often says “ We are all just a small part of the St John’s story.”

We are so lucky to be part of the St John’s story as it celebrates this significant milestone. Really it is about celebrating our community. We are joined together because we are on earth the heart of God. During celebrations like this it is easy to see our MSC charism.

We really hope to see many of you on Sunday 27th for Mass at 11am at the school follwoed by a sausage sizzle and open house.

20 For where two or three are gathered in my name, I am there among them.” 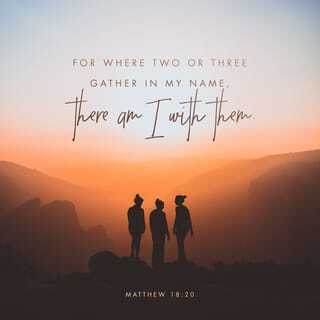 Have you ever said something like this to one of your kids? “If you eat all your dinner up, I’ll let you use my iPad for five minutes.”

Most kids under the age of ten would empty their plate in an instant with that sort of carrot dangled in their face. But it’s a tricky game you play when you start to do deals with kids to win their cooperation. For a start, you need to be prepared to raise the stakes as the novelty of five minutes of iPad use will soon wear off.

This would also mean you need to be prepared to keep dealing with your kids, as they soon learn that if they hang out long enough, Mum/Dad or whoever will offer me a juicy enticement to win my favours.

You get what you negotiate

Keep doing deals with kids enough and they learn that they get what you negotiate. That’s fine in the business-world, but hard work in families.

Kids who do deals

Sometimes it’s kids who do the negotiating. “You want me to go to bed at 8.00pm do you? Well I’ll go to bed at 8 o’clock if I can have a TV in my room” says a born negotiator.

It takes a savvy parent to say, “Actually, no. That’s not going to happen.” Sometimes we become involved in child-initiated deals before we’re even aware it’s happening. Again kids can take advantage of busy, tired or time-poor parents.

If doing deals with kids to get cooperation is a strategy you use then it should be a strategy of last resort (to use when your mother comes to visit; when you are dog-tired; or when you want a cosy Sunday morning in bed), not the first one you use when you want your kids to behave well.

Here are 5 alternatives to ‘doing deals’ with kids:

Nothing works all the time so smart parents know they need to have a number of different strategies at their disposal when they want cooperation from their kids. They also have a hierarchy of responses that places ‘making deals with kids’ their last resort, rather than their first option.

In fact, it may be best to leave doing deals out of your parenting armoury altogether and focus on using other communications methods instead.

Asthma affects 1 in 10 children. Students with asthma have been found to be generally less active than their non-asthmatic peers and have an increase in school absenteeism. Asthma education for children and adolescents improves lung function and feelings of self-control, reduce absenteeism from school, number of days with restricted activity, number of visits to an emergency department, and possibly number of disturbed nights.

The Children’s Asthma Education Service is available to all children in the ACT and surrounds up to the age of 18. Providing children, young people and their families with initial and continuing support to manage their asthma by Registered Nurse asthma educators.

If you feel any students/families would benefit from receiving asthma education, please advise them to call the Community Health Intake line on 5124 9977 to make an appointment. Also attached is our service poster, for inclusion in your school newsletter.

If you would like any further information about our service, please visit: https://www.health.act.gov.au/services-and-programs/women-youth-and-children/children-and-youth/childrens-asthma-education