We use the Compass app to distribute important reminders, messages and notes to families quickly. Compass also contains the school calendar as well as forms for absentee notes and permission slips. Download Compass to keep up to date on a daily basis in the form of alerts or email communication.

We've had a big week at St John the Apostle this week.

On Monday was a beautiful examples of a Prayer Focus Assembly by our Year 1 students.

We've changed the way we have assemblies this year. Each week we alternate between a Prayer Focus Assembly and a Celebration Assembly. The Prayer Focus Assemblies are a chance to reflect on our focus for the year. The Celebration Assemblies are an opportunity for celebrating the learning and achievement of students. We use to have much longer assemblies each week that contained both elements. We've now made them shorter for students by splitting them up. We've also allocated the whole year level to each week so that the classes and teachers work collaboratively on the assemblies.

Thank you to all of the Kindergarten, Year 1 and Year 2 parents who attended the Sounds Write Parent Session on Wednesday evening and for entering into the positive spirit present. Kindergarten, Year 1 and Year 2 students will begin coming home with Sounds Write homework from next week and parents will have a role to play in helping them complete it. Thank you to the wonderful Junior Primary team for organising a great opportunity to learn how to do this.

Yesterday we were privileged to receive a visit from John Walker, founder of Sounds Write from the UK, who came to observe teachers, offer advice and feedback and model some of the lessons. He was impressed with how much we've achieved since we first began this time last year. Again, what a fabulous teaching team we have here at St John the Apostle.

Yesterday we also celebrated Harmony Day, recognising the various cultural backgrounds that are a part of our collective and individual identities. We had a wonderful assembly in the morning featuring various cultural dances by the students of SFX as well as some performances by our choir who were taught a new song by Patrick Corr (Year 6 parent). Thank you to Kate Macdonald, Melinda Taylor and Leticia Young for organising a great day.

Congratulations to our Year 3 children who received for the first time last night the Sacrament of Penance (also known as Reconciliation). It was a beautiful liturgy and time of reflection. Thank you to all of the parents who attended the formation sessions that began last year to help prepare the children to understand the importance of the Sacrament. Thank you also to our wonderful Parish Team of Frs Gerard and Kimi as well as Marian England who provide this opportunity for families to lead their children in the fullness of their faith. Well done to our beautiful students who were prayerful and respectful throughout. May their lives be further enriched through the continued participation in this sacrament.

It's week's like this that I am reminded why I feel privileged to be the Principal at St John the Apostle Primary School.

Have a lovely weekend.

I loved being able to watch the children being led by the parents up to the priest to make their Reconciliation for the first time.  They sat clutching their prayer booklet, swinging their feet on the chairs that were just slightly to big, emphasising their vulnerability in that moment.  Their faces intent as the priest asked them what they needed forgiveness for, a bitten lip, a wrinkled brow.

But it was the transformation in their faces as they stood up. The joy, yes some of them actually jumped, clearly expressed.

The forgiveness of God may not be foremost on their mind but most likely their sense of achievement and pride in their ability to do something that they were nervous about.

Today they may not be able to articulate that they experienced the grace of God last night but I saw it.  In their faces, the hugs from their family when they returned to their seats, their fervent prayers after the Sacrament.

God was present last night, that is for sure.

20 For where two or three are gathered in my name, I am there among them.” 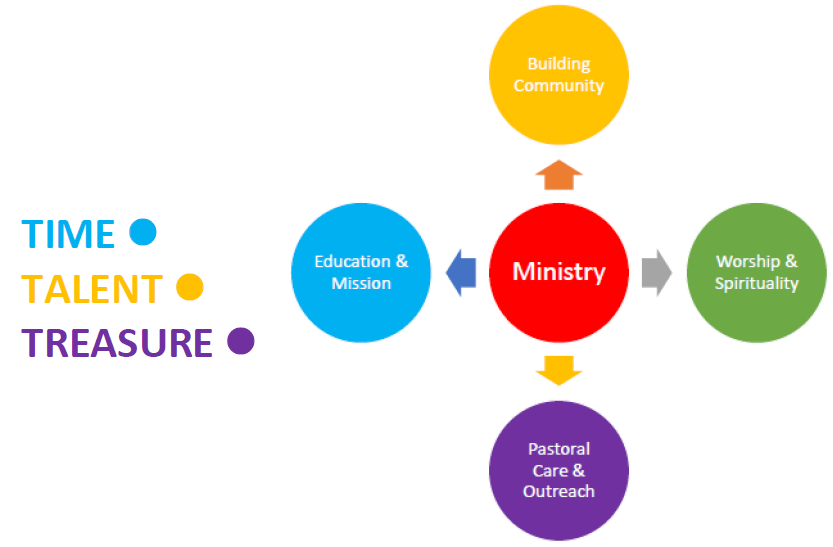 Through our baptism we are all called to participate in Christ’s Mission.

Forms for ministry rosters are on the table in the church foyer. The ministry commitment period is 1st June 2019 to 31st May 2020. 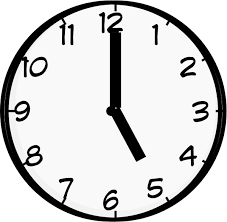 High school students
in years 7 to 12

First and Third Sundays after the 6:00pm Mass

This group is a way for young people to learn about the Church and deepen their faith together.
Contact Eoin Eoin.garton @sfx.act.edu.au

The next breakfast is

FOR THIS MONTH ONLY -
Lucky Shot Café at Kippax is renovating

Happy birthday to Byron H, Rose H, Emily S, Zac C, and William B who all celebrated a birthday over the last week.

Congratulations to the following students who received an award for the fortnightly Positive Behaviour Focus 'Cooperate with each other' or another great achievement.  The Awards will be presented at the School Assembly (presented by Kindergarten) on Monday 25 March at 2:15pm.

We are holding a working bee in the SAKG on Saturday, 6 April. We are asking for donation of cow manure, good quality garden soil and or mulch to improve the beds. 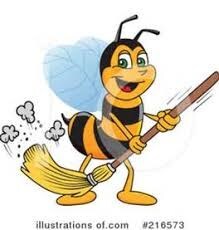 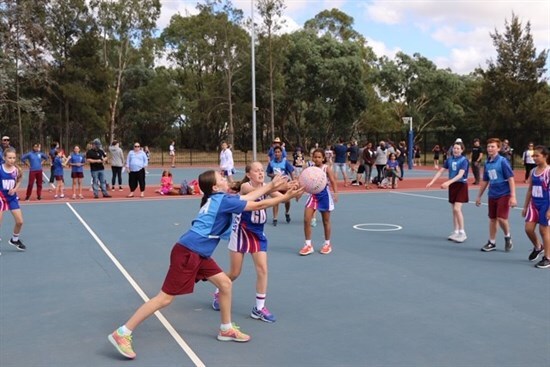 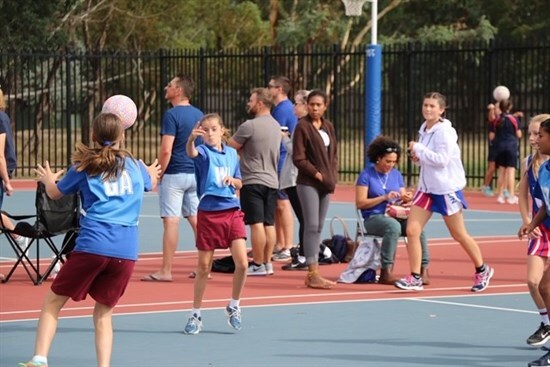 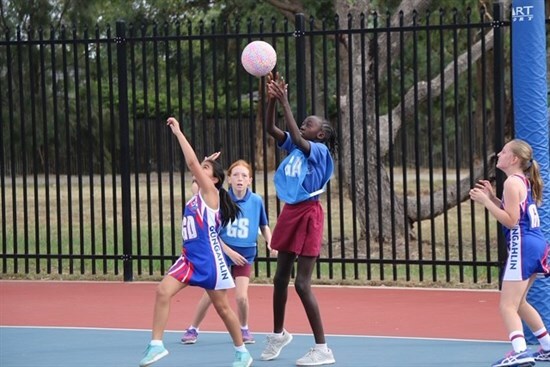 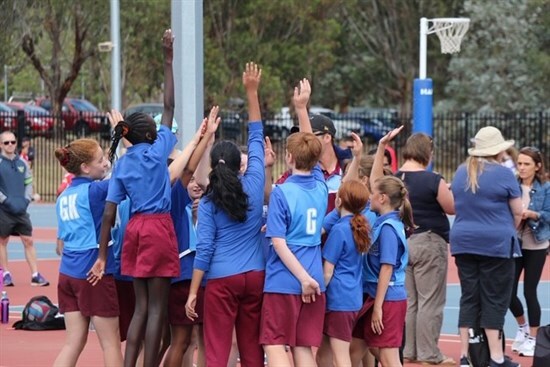 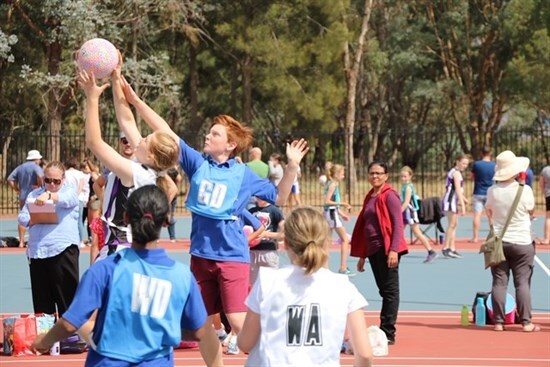 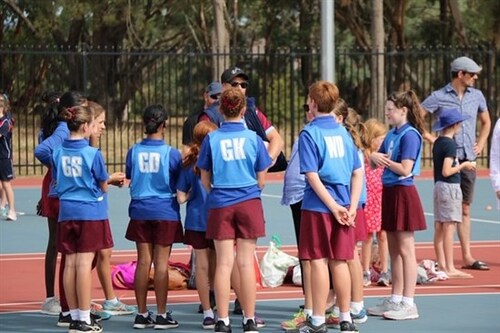 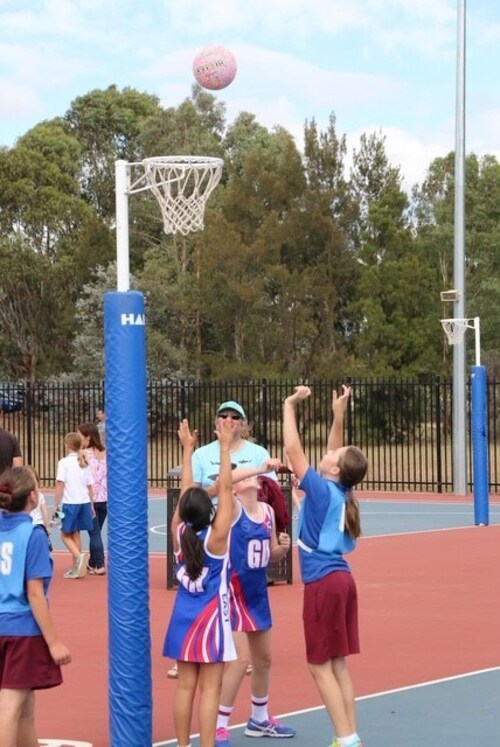 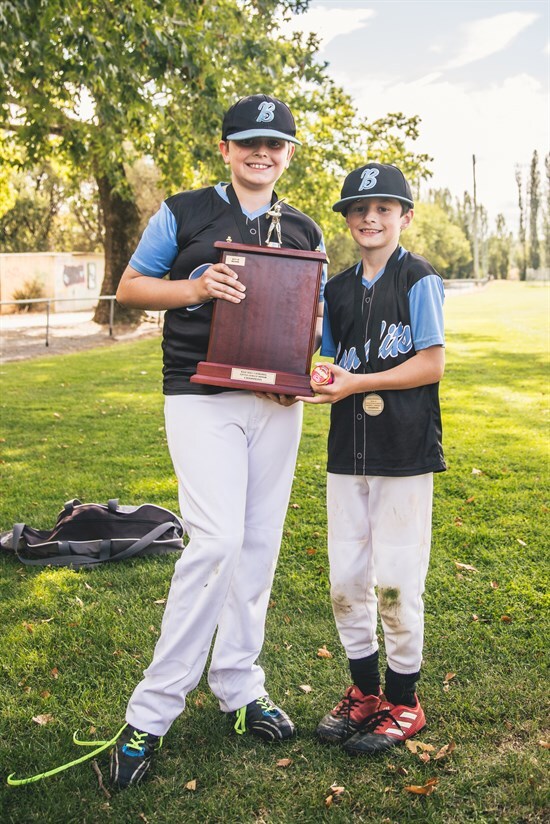 Congratulations to Nicolas P and Jack G in 5M and the Belconnen Bandits who won the Little League Minor Grand Final last weekend. A very exciting end to a fantastic baseball season.

We have excess canned soft drink for sale from the fete. There are a variety of flavours selling for $15 per case (24 cans per case). Please note that payment must be made in cash. Please contact the Office if you would like to purchase a case. Responding constructively to the Christchurch shooting

Last Friday’s shooting of innocent people in two Christchurch mosques is an event that has shaken people to the core worldwide.

While we’d like to protect our children from such events, in reality it’s impossible, as the news coverage is so widespread and the event itself has impacted so many people. The personal nature of this particular tragedy makes it even harder to stomach than some recent natural disasters that have made the news, as awful as they have been.

So how do you approach this with your children? There is no easy answer, but be assured that your child will benefit from talking to you. These ideas may help:

Be available
Let your child or young person know that it is okay to talk about the events in Christchurch. Listen to what they think and feel. By listening, you can find out if they have misunderstandings, and you can learn more about the support that they need. You do not need to explain more than they are ready to hear, but be willing to answer their questions.

Filter the news
While we don’t advocate censorship, we do suggest that you take particular care about your child’s exposure to news events. The consistency of images can be frightening for young children who don’t understand the notion of distance and have difficulty distinguishing between reality and fiction. Older children and teenagers will probably be interested in the news events, but they probably need an adult available to answer their questions and reassure them.

Engage in the news with older children
Many issues are now arising from this event that may be of significant interest to older primary-aged children and teenagers. Be prepared to engage in discussions about political leadership, gun laws, the coverage of the event itself by the media and other issues that will emerge. Increasingly, young people are demonstrating that they want to have a voice in shaping the world they live in. Give them a chance to air their concerns and formulate their ideas in the safe confines of home.

Manage emotions raised
The Christchurch tragedy may raise many emotions for children and young people including sadness over the loss of life, confusion over how such an event could happen, and outrage over injustice. Take your cues from your children and follow the threads that emerge. Demonstrate that you understand how that they may be upset and clarify their emotions if possible: “It’s understandable to be angry when you hear news like this.”

Moderate your language
Currently, we live in very divisive times. The fact that this shooting was carried out on one particular group demonstrates just the extent of the divisiveness of our community. Encourage kids to be inclusive, steering clear of valued-laden, extreme language such as ‘terrorists’, ‘evil’ and ‘horrors’ when describing the events and the alleged perpetrators. Not only does this type of language encourage children and young people to take a position rather than focus on the problems, it risks desensitising them to the reality of the impact of this event. The use of more sedate, yet descriptive language such as ‘gunman’, ‘awful’ and ‘tragedy’ can take remove the emotional sting, while demonstrating the enormity of the event’s impact.

Keep to a normal routine
Your child may feel powerless. You may feel the same way as that’s what events like the Christchurch shooting does to us. Maintaining the same sleeping, eating and daily routines can help to restore a sense of control over our daily lives.

Show them how to change the world
Arguably, these are the worst of times in terms of social divisiveness. Our children in many ways are letting us know that they don’t want to continue living this way. So how can they have an impact? Recently a timely clue came my way in the form of a notification from Facebook. Over the weekend, a parent shared an existing message to her Muslim friends as a message of hope. The quote reads:

We get that power back when we start to impact the people around us in small ways, making positive changes for the better.

‘Kindness’, ‘helping others’, ‘encouraging’, ‘sharing’ and similar concepts don’t make great political slogans but they form the basis of every strong community- which is precisely what kids need.